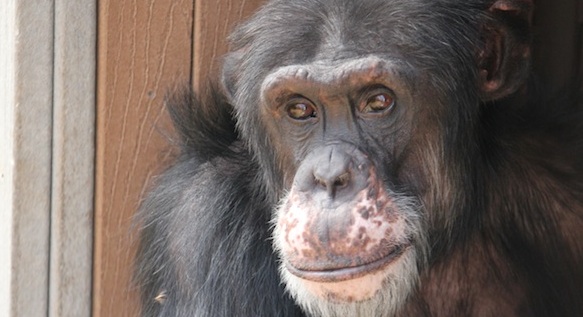 Burrito is the youngest chimpanzee and the only male of the group of seven at CSNW.

Burrito was kept in a human home during his toddler years, was leased to an "animal act" for two years, then returned to a laboratory where he was used in hepatitis vaccine research.

Like most male chimpanzees, Burrito has quite an impressive "display" -- he stands up bi-pedally and makes himself look large, then finds something to bang on as he runs around. The female chimpanzees get out of his way when he is displaying, and seem to be taking him more seriously now that his displays are amplified in the larger space of the sanctuary.

Burrito cannot get enough of all of the food at the sanctuary -- he is excited about everything that is offered to him.